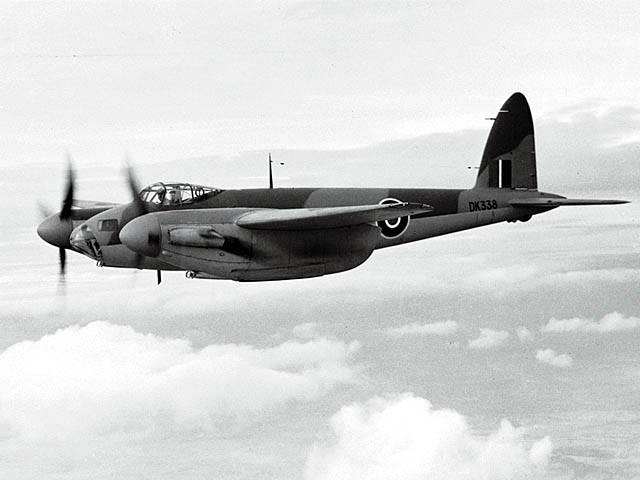 Mosquito KA197 of Hq Ferry Command RAF (No 45 Atlantic Transport Group), on a ferry flight to the UK via Iceland.
The aircraft swung on the runway at take off at Reykjavík and was “written off”.

A crew of two survived.