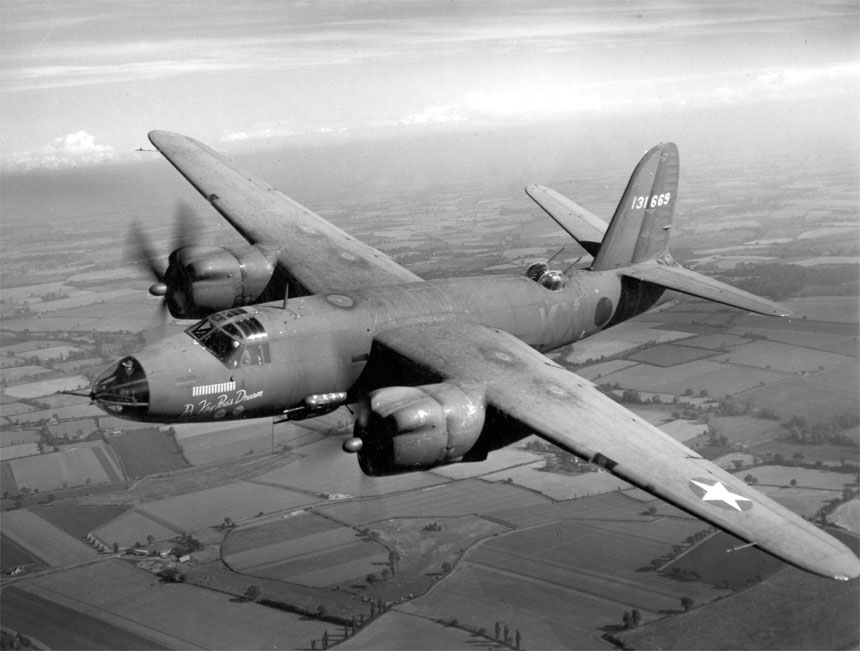 The Marauder was on a ferry flight from the USA to the UK when she crashed after engine fire/failure. The crash site is 1½ mile West of Camp Geck.

Pilot Goodell, Ralph M was killed in the crash.
The fate of the remaining crew is not known.