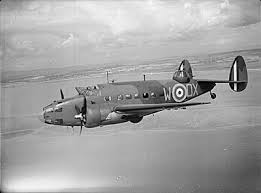 Two Hudson aircraft failed to return (FTR) from convoy escort mission.
In late January 1943 detachment of 4 Hudson aircraft from RAF 269 Squadron Kaldadarnes Iceland moved to Narsarsuaq Greenland to provide convoy escort on “The Greenland Gap”
The group took off from Kaldadarnes at 10:44 January 29 in good weather conditions and favorable weather forecast for Southern Greenland. After 750 Mile flight to Cape Farewell, they flew 80 miles north along the “Eystribyggð” and 50 miles into Eiriksfjord to Narsarsuaq and landed at the Airfield Blue West One (BW 1) built by the US to serve the military aircraft ferry route from Goose Bay to Europe.
On March 1 an order came from Iceland to provide aircraft escort for Convoy ON-168 heading west.
Harry Ramsey on Hudson “M” and Johnnie Lane on Hudson “O” took off between 12:00 and 13:00.
The weather was deteriorating, heavy snowstorm and low visibility (less than 500 meters)
At 13:45 both aircraft were called back to base, both aircraft confirmed receipt of the message. That was the last thing heard from Hudson “O”
At 14:05 both aircraft were ordered to go to Blue West One or Marrak Airport.
At 15:30 Ramsey on Hudson “M” requested weather information for Marrak.
At 16:37 Ramsey was advised to go north to Blue West Eight, Ramsey confirmed receipt of the message. That was the last thing heard from Hudson “M”
Extensive search operation by ships and aircraft the next 20 days was unsuccessful.

Harry Ramsey and Johnnie Lane and their crews were declared missing.