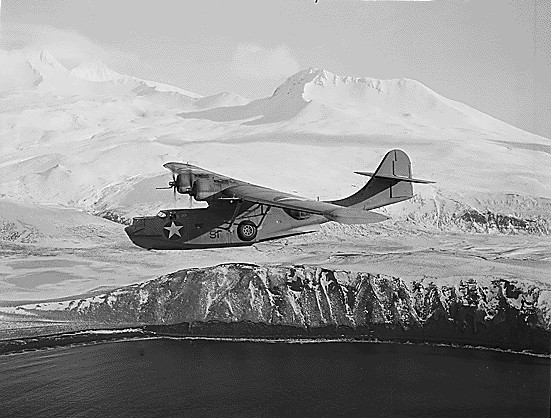 Crashed during an attempted landing to rescue a crew of RAF B-17 Flying Fortress FA704 (42-5073) 200 km. SE of Iceland, 6340N, 1100W. nel. All crew members in two life rafts died of exposure, except for Lionel Pelletier, RM1c, who was rescued by USS SYMBOL 0250 Jun 17. At 1810 plane landed to effect the rescue and fuselage in the bow gave in and the flying boat sank in 15 minutes. Wind force at 15 knots, direction 100 deg, swells moderate. All nine members abandoned the plane in two life rafts. Pellitier and body of Chaney were recovered at 0250 17 Jun by USS SYMBOL. Other crew members disposed of during five day period. RAF dinghy and rafts separated in a gale on 12 Jun. RAF Fortress FA704 personnel recovered by RAF PBY-5 on 13 Jun. Visibility 3 to 5 miles, zero ceiling to 1000-ft in the area until 16 Jun when the weather cleared.

Navy and Marine Corps Medal.
“The President of the United States of America takes the pleasure in presenting The Navy and Marine Corps Medal to Aviation Radioman First Class Lionel F. Pelletier, United States Navy, heroic conduct serving aboard a Patrol Bomber which crashed in the North Atlantic on 11 June 1943, while trying to rescue the crew of RAF Fortress. First Class Pelletier assisted the members the crew in launching two small rubber boats. Drifting for six days without water, flares or provisions, he ministered tirelessly to his comrades as they died one by one from exposure, sickness, and immersion in salt water until he was rescued.”