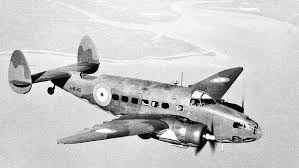 The aircraft was on its way back to Reykjavík after submarine patrol flight SW of Iceland.
In poor weather conditions, the aircraft flew into a hillside close to Hraunsel, six miles NE of Stadur Light House.
In August 2011, F/O J. Coles daughter and her family members placed a plaque near the crash site.

The crash site was visited by stridsminjar.is June 20, 2010