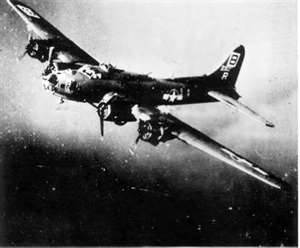 USAAF B17F, s/n 42-3128 was being ferried from the USA to England. The plan was to stop at Meeks Airfield (Keflavík) for fuel and crew rest. The weather was bad, snow storm and darkness. The pilot got lost in the poor visibility and after ca 14 hours flight he ran out of fuel and had to force land on a snow covered flat lava field east of “Eldvörp” see map.

The crew survived and they had no idea where they had landed. They removed machine guns from the aircraft for defense as they assumed that they had landed in German-occupied Norway.

On stridsminar.is last visit (march 30, 2013) to the crash site, we found only small debris from the aircraft. In the area where the aircraft was dismantled the moss is damaged and the trench after the landing run is clearly visible in the moss covered lava.