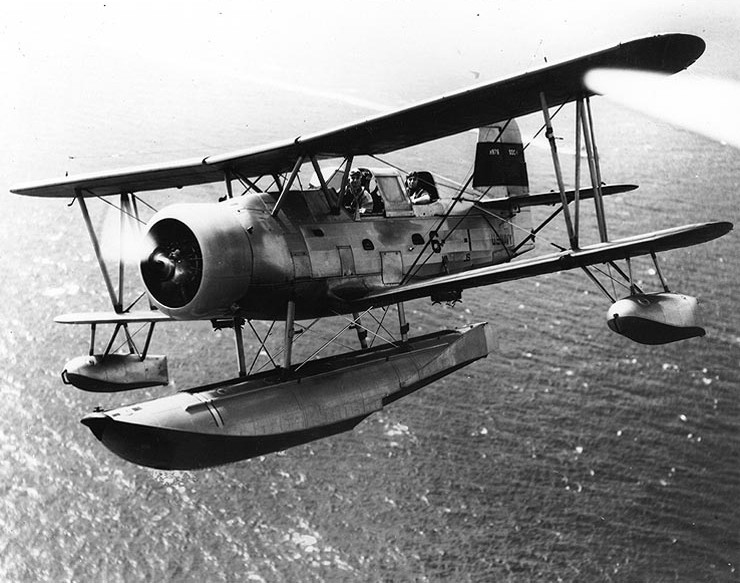 The aircraft was operating from the heavy cruiser, USS Tuscaloosa (CA-37), north of Iceland. The mission was convoy escort.
In an accident, during the recovery process, the aircraft sank.

The aircraft were launched from the cruiser by catapult and recovered by crane after sea landing and hoisted aboard. The Seagull had good low-speed characteristics suitable for short distance open sea landings in smooth-water „slick“ that its home ship could create.