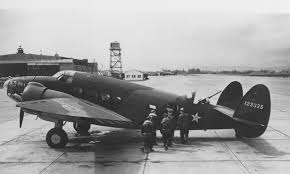 The purpose of the detachment was an anti-submarine role, flying patrols over the waters between Scotland and Iceland.The first flight of the RAF 48 detachment was planned in the afternoon of September 24. In a high crosswind, the OY A did not reach take off speed and ended in the sea at the end of the runway. The aircraft was written off.