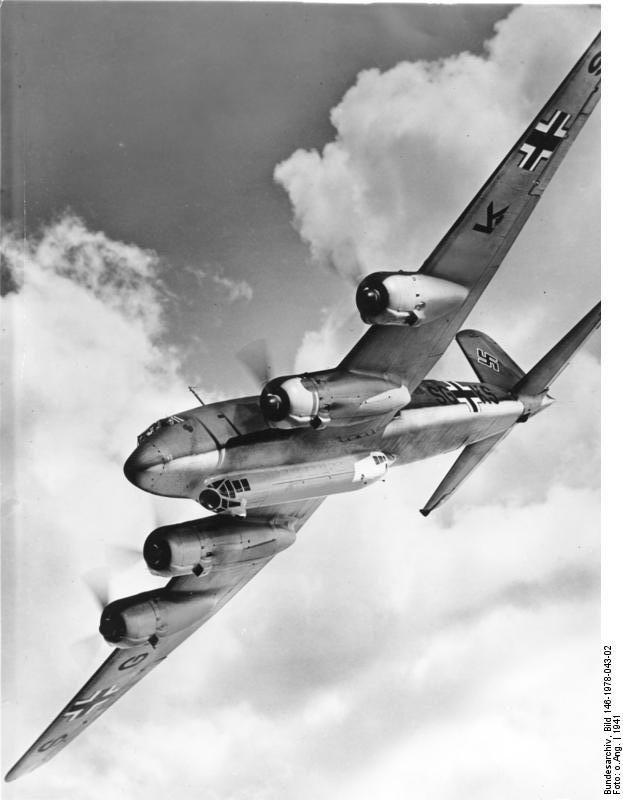 In the morning of August 14, 1942, Ofw. Fritz Kuhn commander on the Focke-Wulf Fw 200 CONDOR bomber aircraft and his crew reached the S coast of Iceland E of VÍk. At 0921 the CONDOR was heading west when first detected, by the radar of RAF Vík, Fraser, CHL. It was identified as F-44 (friendly aircraft) since friendly aircraft were expected in the vicinity.

During the latter part of the track, it was suspected of not being friendly since it did not follow the normal route of approach to Reykjavík. At approximately 1000 hours an RAF Northrop N-3PD Nomad of No 330 Squadron tracked the Condor and reported that a hostile aircraft was flying near a convoy about 30 miles S of Grindavík. Several visual reports were received from radars and ground observer posts confirming the identification of the Fw 200 CONDOR.

At 1030 hours a radar track was detected about 30 miles W of Keflavik peninsula heading N. This track then turned E and passed about 10 miles north of Skagi Point.·(Skagaflös)

USAAF Fighter squadrons in Iceland at this time.

The 33rd Fighter squadron was stationed in Iceland until June 9th, 1945.

Two P-38 Lightning Squadrons (the 27th FS and the 50th FS) being ferried across the N Atlantic were held over in Iceland to assist the Curtis P40Cs of the 33rd Fighter Squadron in the flying of defense patrols over the N Atlantic.

The 50th Fighter Squadron was stationed in Reykjavík and Meeks Field and left Iceland Feb. 4, 1944.

The radar and information centers alerted the Flight Operations Reykjavík of the Condor. Major Weltman was in the operations building and rushes out and into a P-38 Lightning Fighter.

At this time another P-38 Lightning, flown by Lt. Elza E. Shahan and a Curtiss P-40 flown by Joseph D. Shaffer were already in the air when the Condor was reported. Operations immediately radioed them a vector on which they could intercept the Condor.

Back to the LONE CONDOR

Weltman was the first pilot to see the Condor as it suddenly changes to the eastward course. At max speed he charges his guns, the German gunners are also ready. Weltman closes in and fires, the German returns the fire shot for shot. Within few minutes the P-38 Lightning is hit in the armament compartment making all four guns unusable. Seconds later one of the P-38 Lightning engines is shot out and Weltman returns to base in his crippled aircraft. By this time, about 1115 hours the other P-38 Lightning and the P-40 Warhawk had finally located the Condor. The P-38 Lightning (pilot Shahan) made one pass . Then the P-40 (pilot Shaffer) attacked and shot out the Condors LH inboard engine.

The P-38 Lightning (pilot Shahan) performed a “chandelle” (180° climb turn) returned to a position for a deflection shot (shooting ahead of moving target). There was no gunner visible on the side of the Condor he was approaching. When the P-38 Lightning (pilot Shahan) reached a distance of less than 100 yards from the Condor he pressed the button. Four deadly streams of .50 caliber tracer, incendiary, and armor-piercing bullets slashed into the Condors bomb bay area..

The P-38 Lightning pilot, Shahan, had planned to dive beneath his target, but with a roar of a thunder the Condor exploded in his face. It was too late to turn and he flew trough the flying wreckage. The P-38 Lightning was well scarred up by the flying debris. The remains of the Condor fell into the ocean 5 miles NW of Grotta Point. The P-40C Curtiss Warhawk, 33rd Fighter Squadron. Flown by: 2nd Lt. Joseph D. Shaffer.

This was the very first US Army Air Forces air combat victory in·the·European Theater of Operations during World War II. Lieutenants Shaffer and Shahan both shared credit for·the·victory. They were awarded the Silver Star for their actions.