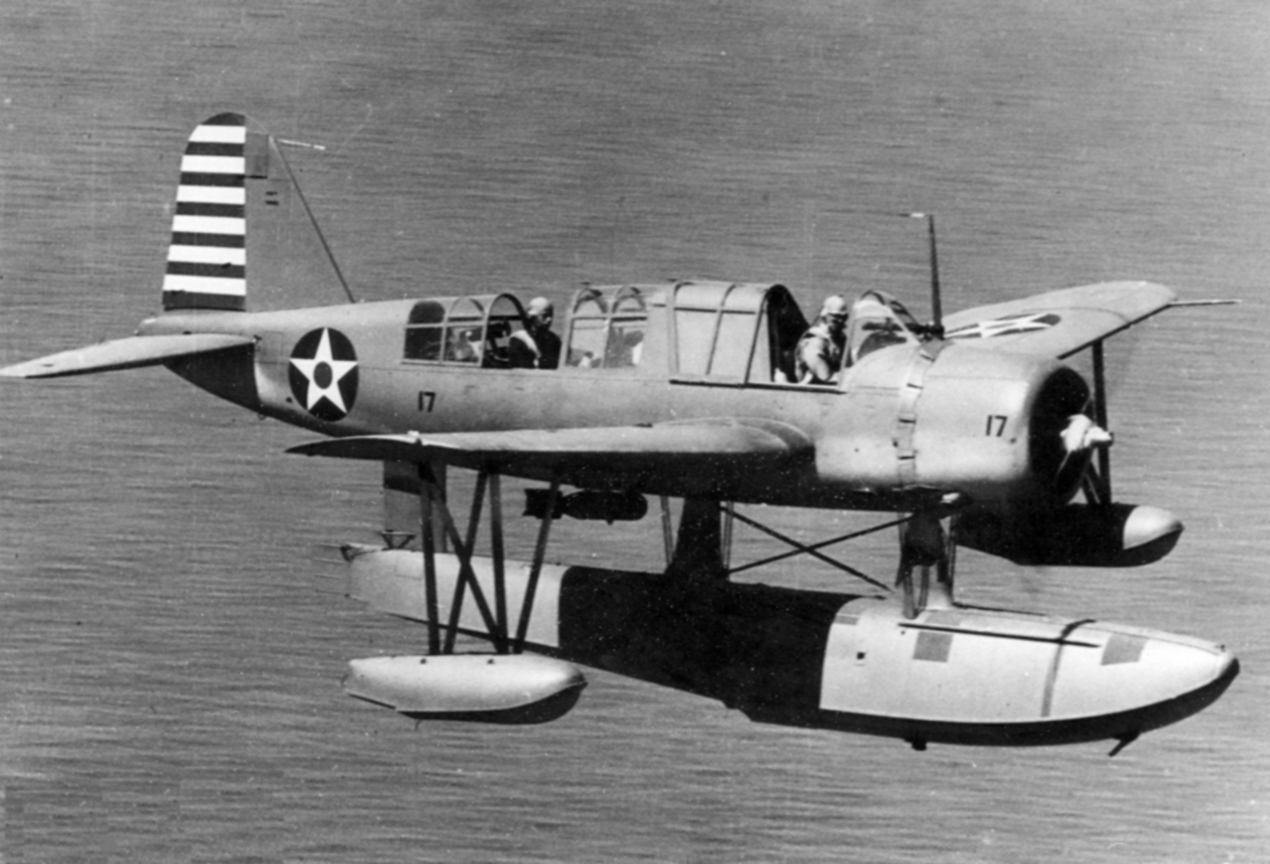 Aircraft Buno 1717 was on observation and scout mission and failed to return to the battleship.

On 16 June 1941, the USS Mississippi prepared for patrol service in the North Atlantic. Steaming from Newport Rhode Island, she escorted a convoy to Hvalfjordur Iceland. She made another trip to Iceland on 28 September 1941 and spent over two months there protecting shipping convoys.

The Vought-Sikorsky OS2U Kingfisher was an American catapult-launched observation floatplane. It was a compact mid-wing monoplane, with a big central float and small stabilizing floats. Performance was modest, because of its light engine. The aircraft was operating from the battleship, USS Mississippi Hull No.BB41, west of Iceland. The mission was convoy escort. 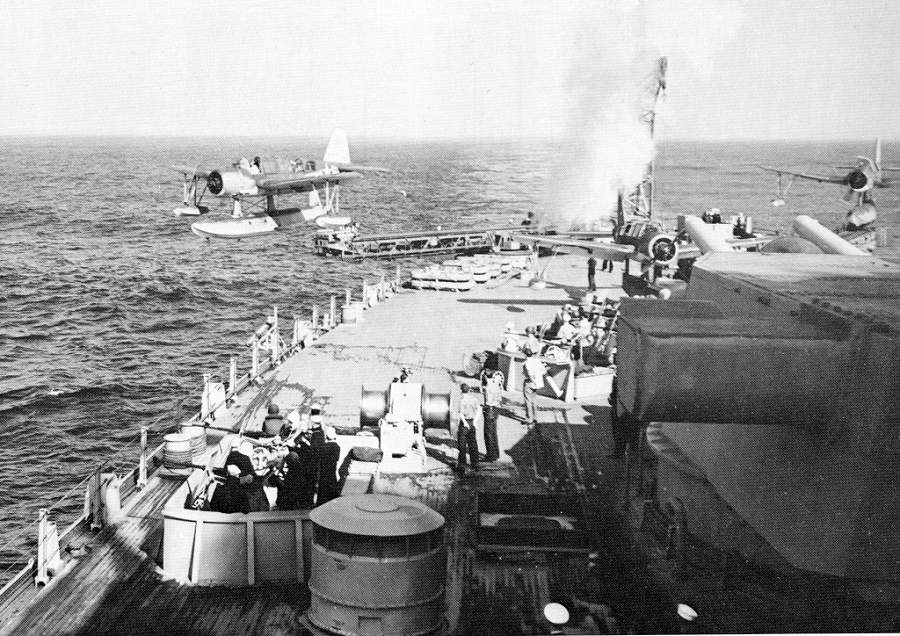