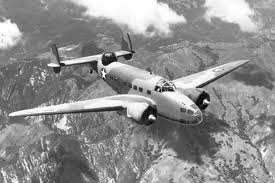 Flt. Sgt. France-Cohen was preparing Hudson V 9055 for a routine convoy escort. At 1600 hours he pushed his throttles to full take off power and when close to lift off speed a „sheep“ ran onto the runway in front of the aircraft. The pilot tried to avoid the sheep but the aircraft slipped left and the left main landing gear collapsed and the left wing hit the runway. Instantly the aircraft caught fire. The crew escaped the burning aircraft and made it to shelter just before the depth charges exploded and ripped the aircraft to pieces. The crew was unharmed except one crew member had minor burn injury. A member of an engineering group standing nearby was hit by a piece of a propeller blade that cut his left arm off.