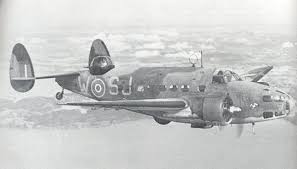 After the Japanese surprise attack on Pearl Harbor, the army in Iceland was put on alert.

In very bad weather, eight Hudson aircraft of No 269 Squadron were engaged on Anti-U-boat missions and searching for a missing aircraft.

Hudson T9416 G captained by New Zealander Flg Off E. R. Stewart attempted to rejoin Kaldaðarnes circuit at 1639 hrs in dark, with low cloud base and at 1645hrs crashed into mountains West of Hjalli-farm.

The crash site was visited by stridsminjar.is, 18.6.2011 ÓM
Parts at the site are engine parts, exhaust stack, and landing gear parts.