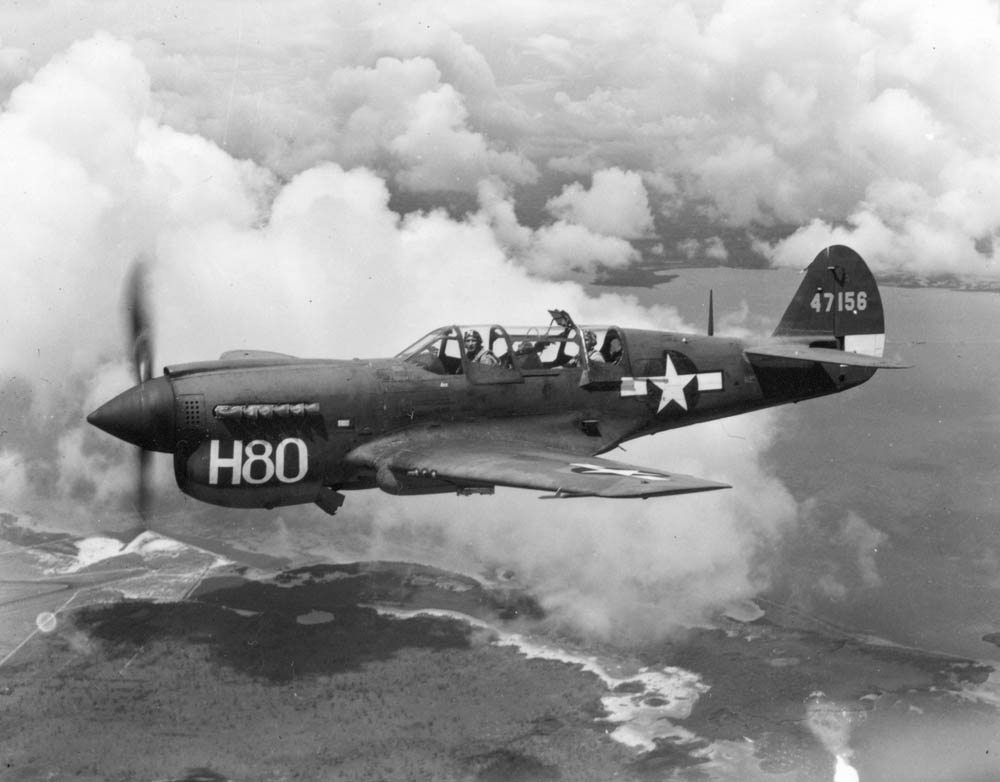 2nd Lt. Howard A. Tuman took off from Reykjavík at 8:15 on an interception mission. The weather was low ceilings, poor visibility, and rain. He flew toward Vestmannaeyjar he climbed to 15.000 ft to get above the cloud level. Then he flew on course to Melgerði. At a point approx. 50 miles from Melgerði he turned around and started back to Reykjavík. He flew at 10.000 feet between cloud layers until he found a hole in the ceiling about 30 miles west of his course. He made a letdown into a valley where the ceiling was 500 with light rain. The valley led to the sea and he attempted to fly thru to Reykjavík. The ceiling was down to zero and it was raining on the ocean. He turned back to land and at 10:45 he landed 2.5 miles from Borgarnes, wheels up on a grass field. He had approx. 8 gallons of fuel left when he landed. Damage to the aircraft included propeller, belly and engine cowlings, flaps and cooler.