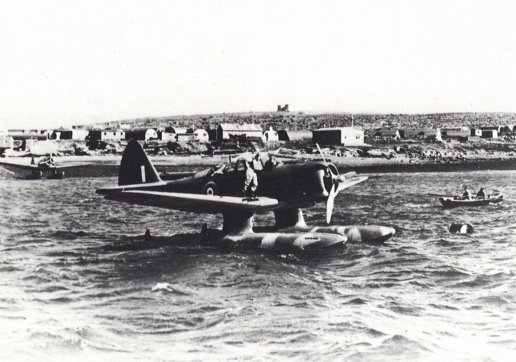 Aircraft 311 was parked at the float plane moorings at Reyðarfjörður. The plane was totally wrecked when 3 depth charges exploded. For unexplained reason1 the Depth Charges were accidentally released and exploded in the sea underneath the aircraft. The plane was salvaged but damaged beyond repair.