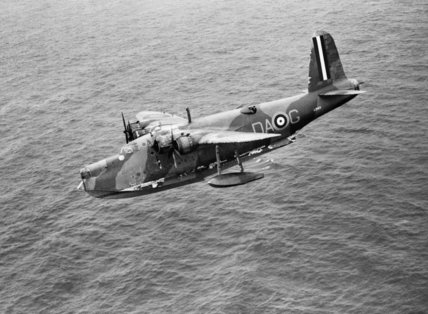 The aircraft was coming back from a patrol and taxiing to the moorings, struck an uncharted reef, with unfortunate results to the keel area. The skipper beached the aircraft at full throttle before it could sink in the icy fjord, so a great deal of valuable and scarce equipment was recovered. “F” was repaired in Reykjavík by a repair crew from Short Brothers Ltd. Belfast N. Ireland. (The aircraft was nicknamed Ferdinand)