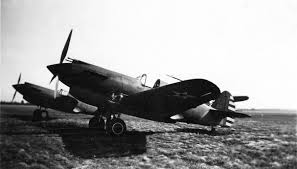 Pilot John G Patterson was on patrol flight NW of Grotta Point when his engine caught fire and he was forced to land at Reykjavík Airfield. The aircraft sustained minor damage and was repaired.